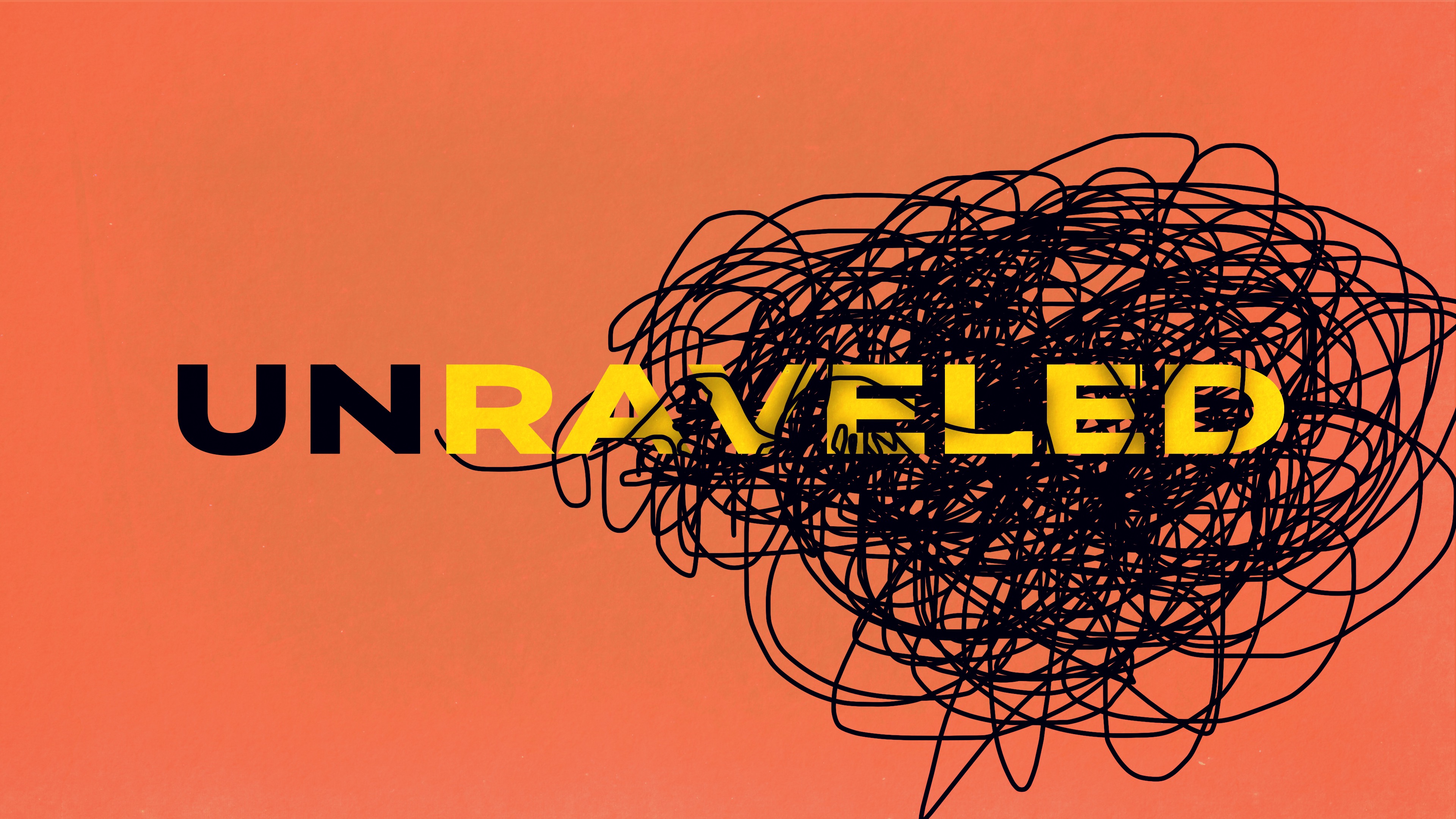 nraveled - My World is Unraveling #1

1Now a certain man was ill, Lazarus of Bethany, the village of Mary and her sister Martha. 2 It was Mary who anointed the Lord with ointment and wiped his feet with her hair, whose brother Lazarus was ill. 3 So the sisters sent to him, saying, “Lord, he whom you love is ill.” 4 But when Jesus heard it he said, “This illness does not lead to death. It is for the glory of God, so that theSon of God may be glorified through

(4 WhenJesus got the message, he said, “This sickness is not fatal. It will become an occasion to show God’s glory by glorifying God’s Son.” - Message Translation)

5 Now Jesus lovedMartha and her sister and Lazarus. 6 So, when he heard that Lazarus was ill, he stayed two days longer in the place where he was.7 Then after this he said to the disciples, “Let us go to Judea again.” 8 The disciples said to him, “Rabbi, the Jews were just now seeking to stone you, and are you going there again?” 9 Jesus answered, “Are there not twelve hours in the day? If anyone walks in the day, he does not stumble, because he sees the light of this world. 10 But if anyone walks in the night, he stumbles, because the light is not in him.” 11 After saying these things, he said to them, “Our friend Lazarus has fallen asleep, but I go to awaken him.” 12 The disciples said to him, “Lord, if he has fallen asleep, he will recover.” 13 Now Jesus had spoken of his death, but they thought that he meant taking rest in sleep. 14 ThenJesus told them plainly, “Lazarus has died,15 and for your sake I am glad that I was not there, so that you may believe. But let us go to him.” 16 SoThomas, called the Twin, said to his fellow disciples, “Let us also go, that we may die with him.”

17 Now when Jesus came, he found that Lazarus had already been in the tomb four days. 18 Bethany was near Jerusalem, about two miles off, 19 and many of the Jews had come to Martha and Mary to console them concerning their brother. 20 So when Martha heard that Jesus was coming, she went and met him, but Mary remained seated in the house. 21 Martha said to Jesus, “Lord, if you had been here, my brother would not have died. 22 But even now I know that whatever you ask fromGod, God will give you.” 23 Jesus said to her, “Your brother will rise again.” 24 Martha said to him, “I know that he will rise again in the resurrection on the last day.” 25 Jesus said to her, “I am the resurrection and the life. Whoever believes in me, though he die, yet shall he live, 26 and everyone who lives and believes in me shall never die. Do you believe this?” 27 She said to him, “Yes, Lord; I believe that you are the Christ, the Son of God, who is coming into the world.”

In “Unraveled," we are going to learn to let God develop us even though it appears everything is coming apart at the seams. In doing so, we will rise above our circumstances, conditions, and questions that plague our Christian.

Stop thinking of your life as an "instance." Begin to think of it as an "occasion."

An "Occasion" takes planning, time to develop and ends up being a lot more beneficial than to just a few people. If you always look at your life as an instance, you will always feel like everything is coming unraveled.

Going out to eat last night was an instance, but your wedding was an occasion.

Spending the night somewhere is an instance but going on a vacation is an occasion.

Building a treehouse is an instance; building a skyscraper is an occasion.

Since we have become so consumed with the instance, we are now victims of the Imposter Syndrome.

To put it simply, imposter syndrome is the experience of feeling like a phony—you feel as though at any moment you are going to unravel and be found out as a fraud—like you don't belong where you are, and you only got there through dumb luck.

We hold onto the instance so our world doesn't unravel. But whatif God wants to unravel it so He can make an occasion from it.

The difference between an "Instance" and an"Occasion" is not the number of people who witness it, but the AMOUNT IT EFFECTS.

If we are immature, we will celebrate the “Instance” and not the“Occasion” because we do not see the big picture.

A Skyscraper affects a lot more people than a treehouse.

The Story of the Widow of Nain is an “Instance," but the account of Lazarus is an “Occasion.”

When Jesus got the message, he said, “This sickness is not fatal. It will become an occasion to show God’s glory by glorifyingGod’s Son.” (Message Translation)

Jesus loved Martha and her sister and Lazarus, but oddly, when he heard that Lazarus was sick, he stayed on where he was for two more days. After the two days, he said to his disciples, “Let’s go back to Judea.”  (Message Bible)

It is time to celebrate you, your life, as an occasion, not an instance.

Occasion: It affects more than just you. God wants to involve people in your story. Caution: you always have critics who arise in your occasion.

Vs. 1-10 Talks about how it affects the disciples.

Critic - Thomas vs. 16 “That’s when Thomas, the one called the Twin, said to his companions, "Come along. We might as well die with him."

vs. 5 “Now Jesus loved Martha and her sister and Lazarus.”

The love of God is not in question any longer.

Critic - Martha vs. 21Martha said, “Master, if you’d been here, my brother wouldn’t have died. Even now, I know that whatever you ask God he will give you.”

Vs.19 and many of the Jews were visiting Martha and Mary, sympathizing with them over their brother.

Do we see how this death is becoming more than an instance... it is becoming an "Occasion for the Glory of God."

This "Occasion" was a circumstance, not a condition.

Circumstance -bad things that happen because life is life.

Conditions -places we find ourselves in because of our decisions.

I do not believe God is the author of your unraveled time, but He can use your unraveling time to bring Glory to Him as he makes an occasion from it.

Romans 8:28 “And we know that for those who love God all things work together for good, for those who are called according to his purpose.”

Often we are so overwhelmed at the instance of the unraveling that we forget what Jesus said at the beginning. "But when Jesus heard it he said, “This illness does not lead to death. It is for the glory of God, so that the Son of God may be glorified through it.”

Don't let something die in the instance that God is using to make an "Occasion."

Today, this Service is an"Occasion" there has been planning and preparation so you can meetGod.

Are We There Yet?